Tomi Adeyemi, a New York Times best-selling Nigerian author of one novel came on social media to accuse Nora Roberts, a world renowned author of over 225 books of stealing her book title and “shamelessly profiting off it”. Tomi’s fans consequently went on a rampage, calling Nora a liar, thief and all sorts of names.

The American author saw this and reached out to Tomi privately. They reconciled and Tomi came back on Twitter to release an excuse of an apology. Tomi’s fans still did not stop attacking Nora.

All attempts by Nora and her agents to get Tomi to release a more robust statement asking her fans to cease attacking her were fruitless. This led Nora to write a blogpost in order to clear her name.

1. Clout is good, but facts and logic is better: Tomi Adeyemi, riding in the wings of her clout called out Nora Roberts, a seasoned writer with over 30 years of experience and 200 books. Tomi’s clout, led by ignorance and a wanton disinterest in researching the issue went overboard calling Nora derogatory names and abusive comments. Nora on the other hand in one blog post has made Tomi and her clout look really dumb. The difference? Tomi spoke out of ignorance while Nora explained with facts, authority and experience.

2. Always Google/research the person you want to go into a fight with: truth be told, some opponents are not worth fighting. Nora Roberts was the third author to sell more than 1 million Kindle books. Over the last 30 years, an average of 27 Nora Roberts books were sold every minute. Nora Roberts’ books are published in over 34 countries. She is worth over 370 million dollars, has written over 225 books and have millions of fans world over. If Tomi had bothered to Google this woman, she wouldn’t have called her out on social media.

3. Those who push you into a hasty decision will desert you when it backfires: according to Tomi, people brought the semblance of both titles to her notice. In her halfhearted apology, she claims these people “were upset too”.
This whole issue is a proof that those who get “upset” in your personal affair and push you into hasty decisions will disappear once it backfires. No matter how much pressure people put on you, the responsibility to exercise due diligence before you act is solely yours, just as the consequences of your irresponsibility will be solely yours.

4. Learn to farabale (calm down). You don’t have to fight every war, learn to let things slide: Tomi gained absolutely nothing by calling out Nora Roberts. Tomi wouldn’t have lost anything by turning a blind eye and letting it slide. You see, not every fight is worth the stress. Sometimes you weigh your options and just save your strength for more profitable activities. If you have nothing to do, you can even sleep. This fight from the outset was of no use, it should have never happened in the first place.

5. Learn the basics of anything that fetches you money: I never knew that book titles cannot be copyrighted. It was until I read Nora’s Blog Post that I realized this. I can excuse this ignorance of mine by saying I’m not a writer, but what would Tomi say? While I do not expect her to know everything, but if something fetched you money, or you call it your craft, then you should know the basics of such a craft. If Tomi had known that Book Titles cannot be monopolized, all these won’t have happened.

6. There are no permanent friends or enemies on the Internet, just permanent quest for attention: I have been in the Internet and indeed social media long enough to realize that most people only post things to gain attention, not necessarily to make sense. Everyone jumps on the next trending topic even though they know nothing about it. They go through other people’s opinions, refine it and put out a new version of it. Little or no caution is given to the impact of their posts, whether it was hurtful, true or false. When the promise of massive attention is placed in the face of most social media users, logic becomes non-existent and caution is thrown out of the window.

7. Learn to clean up your mess wholeheartedly:
It didn’t take long for Tomi Adeyemi to realize she was wrong. Instead of correcting her wrong with a wholehearted apology, she decided to render this shitty apology. It is actually not an apology, it is more of a statement, a press release of sorts. I mean you called a respected author a book title thief, you accused her of profiting from your intelligence without proof. She reached out to you privately, made you realize the error of your ways, the least you could have done is to release a whole hearted apology. Instead, you were seeking for a way to save face at the expense of her reputation which you have damaged.

8. Never descend to calling people derogatory names no matter how much they’ve offended you: I read through Nora’s blog post explaining her version of events. She handled it with class. Nora remained respectful from start to finish. She could have easily taken a swipe at Tomi’s status as a newbie but she didn’t. She could have called out Nigerians for trolling her without reason, but she didn’t. In a situation where she would have been excused for stooping low, she refused to. This says a lot about her strength of character.

9. Clear your name (Care about what people think about you): Nora Roberts, a Millionaire in dollars, an acclaimed author with a cult following, a writer who has nothing left to prove went ahead to write a blog post basically explaining herself to people who didn’t know her. In her own words, “I don’t like taking my issues public. But I will stand up for myself. I will defend my integrity and my reputation and my work”. Those of you who are always quick to say “I owe nobody any explanations” or “I don’t care what people say about me” should learn from this. It is your responsibility to shape public opinion of you and to clear your name whenever necessary. 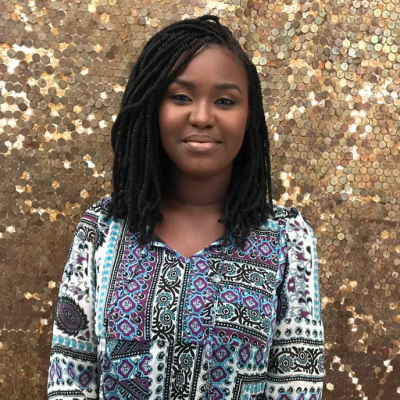 You’ve raised very valid points. When I first saw Tomi’s post, I was shocked. I was like, “Is it the Nora Roberts I know that she’s calling a book thief? When did she even join the race?”

I was glad Nora straightened it out with such class. I hope she picked up lesson from that embarrassing incident.